The new year is a fresh start and traditionally a time to set new goals for yourself. We all have high hopes for ourselves, but come February, most of our resolutions will be thrown out the window. It’s important to set goals and even more important to keep them. Let’s make the most of 2015 by sticking to our goals using the following methods!

This is the most, most, most, MOST important part of setting a goal. If you are feeling the New Year’s Effect (my made up phrase for the temporary heightened determination that will eventually crash and burn), chances are you are going to set a goal for yourself that is actually impossible. You may have the best intentions, but reality check, life happens. Things will come up that are out of your control. You need to think of a goal that if you have to take a week off, you won’t fall too far behind to catch back up. Because I can guarantee, you are going to end up skipping a week or two and you can’t let that stop you. In addition to setting a main goal (example: I want to run a marathon in 2015), you will need to set a few smaller goals (run a 5K, 10K and a half marathon). These smaller accomplishments will keep you motivated and give you a chance to celebrate your progress along the way.

One of the most important parts of setting a goal is realizing why you want to achieve whatever it is. Most of our New Year’s resolutions are empty in the sense that we throw a goal out there for the sake of a resolution and hope that we’ll one day see it actually happen. But there’s no anchor, no concrete purpose behind the goal that we can get our core motivation from. Sure I can say, “in 2015, I want to run a marathon!” but unless I know the reasons why I want to do that, there’s a good chance that when the New Year’s Effect fades away, I won’t be able to do what it takes to achieve the goal.

You need to actually take a few minutes to think about what you want to achieve this year (whether it be a fitness goal, career goal, personal goal, etc.) and once you have some ideas, write down three reasons why it is important to you. And yes, I mean do that now! Keep this list visible for the days you lack motivation.

Once you have the why down, it’s time to do a little brainstorming and research. You need to put some work and thought into this for it to really succeed. You can go as little or as much in-depth for this step, but a plan is crucial at the early stages. Brainstorm some things you enjoy and incorporate them into your plan. Sticking with the same marathon example, if you love country music, find a marathon that incorporates live country music into the race. When you make things you enjoy part of the plan, it will ultimately be more successful- mentally and physically. You can also find motivational quotes and create a board to visually track your progress.

It’s no secret- we live in a world of self-gratification. If we can’t have it now, we don’t want it at all. Unfortunately, with most resolutions, that mindset will only set you up for failure. We tend to focus more on the end result instead and acknowledge that it’s going to take time to get what we are working towards. Use a visual board or chart to remind you of the end goal and to track the small accomplishments too. 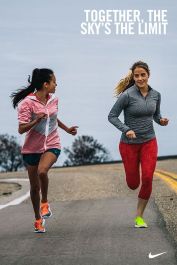 The good news is that you aren’t in this alone! Many people are going to be setting new goals for themselves and some may even have the same exact goal as you. Reach out to a friend that you know is going to push you and encourage you when you need that extra boost. You can also search for other groups that you will have accountability with even if you don’t know the people personally. Again, if you goal is to run a marathon, find a mentor who has already run one so they can understand the mental walls you hit, or connect with a weekly running group.

Let’s get this straight- you are not a failure and you are not going to fail. As I mentioned before, there will be times when you’ll fall behind in your plan or feel unmotivated to keep going. This is normal and part of the process. Instead of punishing yourself in some way, just reach out to an accountability partner, refresh your memory on why you set this goal for yourself and take a step forward. When you fall behind, there is no failure, just forgiveness.

Success comes in the form of little and big accomplishments. Make the time to reflect on how far you’ve come and celebrate the little things. You can set rewards for yourself such as a new workout tank or a massage when you’ve hit some of the bigger milestones as something to look forward to. Be proud of yourself!

My friend, Liz is an excellent example of setting a realistic goal and visually tracking it. She has challenged herself to run 100 miles in 2015. She told me, “Running is something I’m not good at, but it makes me feel proud so I chose to run 100 miles in 2015!” When I asked if those 100 miles would be all running or if they would be a run/walk, her answer was, “Run! Granted I might only be able to run a half a mile my first time running but it works- it’ll get better as I go.” 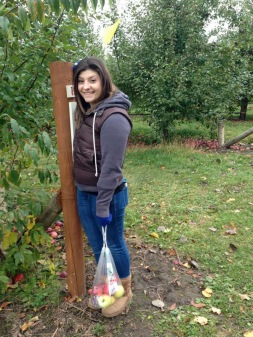