Mo and I just got back from our latest travel adventure to the Great Barrier Reef and we couldn’t have picked a better time. While Sydney got hit with a major rainstorm, we were soaking up the sun in Cairns! Since arriving in Sydney in January, we have travelled to the Blue Mountains, Uluru, Melbourne and the Great Barrier Reef. As you can see on the map, we’ve covered quite a bit of Australia- keep in mind Australia is bigger than the United States! 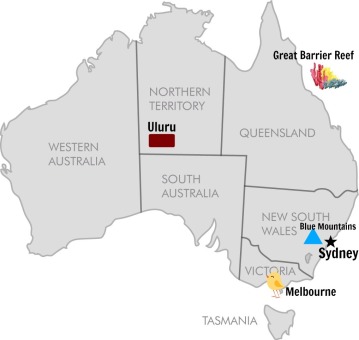 The Great Barrier Reef can be reached from both the city of Cairns and Port Douglas. We stayed in Cairns, a city surrounded by mountains, known for being the “central hub,” but took a day trip to the smaller, quieter town of Port Douglas as well. Cairns does not have any beaches to swim at, but there is a lagoon pool in the main area of town if you want to cool off. There are many restaurants and cafes along the Esplanade Street, and the boardwalk was great for taking late-night strolls.

Our first full day in Cairns consisted of taking a boat cruise to Green Island, a tiny island an hour off the coast of Cairns. It rained on and off all day, but we still had a chance to snorkel and swim when there was a break from the rain.

Our second day was filled with a full-day boat trip to three different reefs that are part of the Great Barrier Reef. There are many different reefs, so seeing only three was just scratching the surface! Each site was surprisingly different, and at the third site, we took part in a guided snorkel tour to learn more about the different types of coral, fish and other sea animals.

We intended on diving at one of the reefs, but unfortunately I had gotten sick the day we left and was told not to dive because I could easily rupture my eardrum as a result of the congestion. We decided not to risk it and snorkeled at all three reefs instead. We still got to see just as much as the divers, just at a different viewpoint. In addition to fish and coral, we also saw a turtle, reef sharks (they’re “nice” sharks!) and dolphins swim alongside our boat!

Unfortunately the underwater camera quality is not great, but it’s better than nothing! We couldn’t believe it when a man put his fancy Canon camera in a PLASTIC BAG and took it underwater! 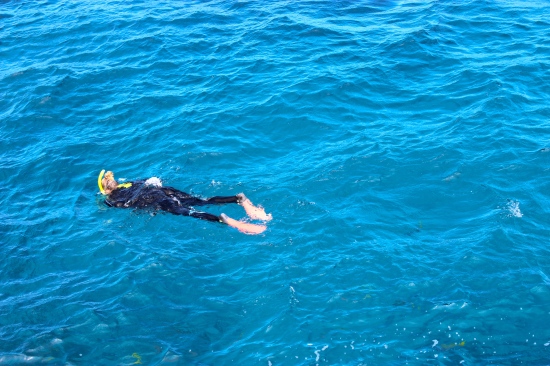 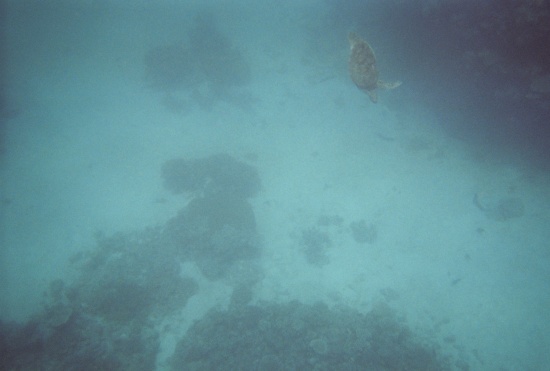 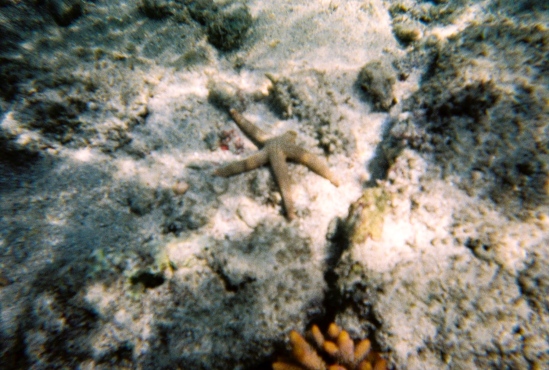 We had a relaxing ride back to Cairns… that included coffee! 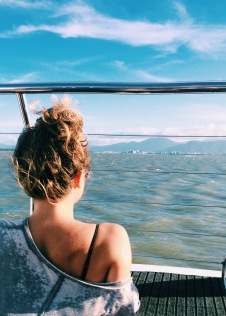 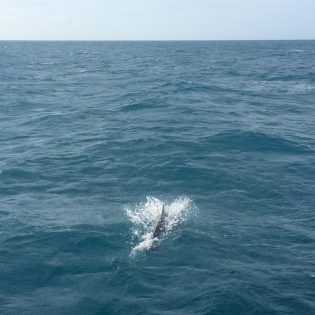 Our third day we finally got to explore Cairns, read by the pool, and relax! (What is relaxing?? I had almost forgotten what that was like!)

On the fourth day of our trip, we rented a car and drove up to Port Douglas and the Daintree Rainforest. It was a beautiful two hour drive- we stopped at Rex Lookout for a quick picture.

We braved a Crocodile River Cruise at the Daintree Rainforest, but because of the high tide, unfortunately did not see any. We did see a tree frog though! 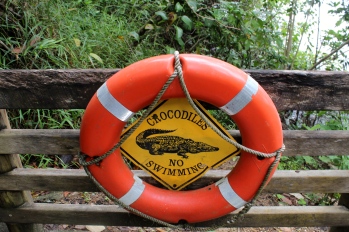 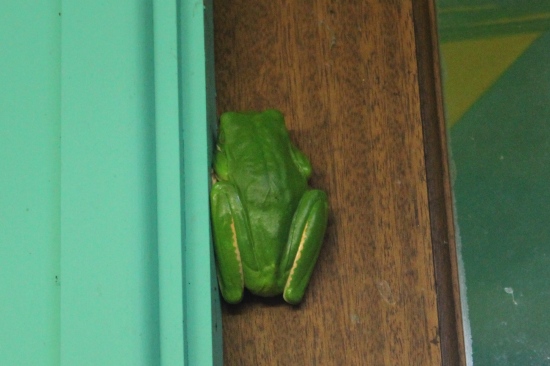 We drove back to Port Douglas and hiked up to the 4 mile beach lookout to get this beautiful view. The beaches were all still closed due to stinger season, so we just enjoyed exploring the town and coffees before heading back to Cairns for the night.

Before we knew it, it was already our last day! This was a BIG day for me- the state of Queensland is one of the few where you can cuddle a koala (both New South Wales and Victoria have laws against it). We drove to Kuranda Koala Gardens in the morning, and if you can’t tell from the pictures, I was extremely excited! This is something I had been wanting to do for YEARS. (confession: I actually cried before holding it… tears of joy!) 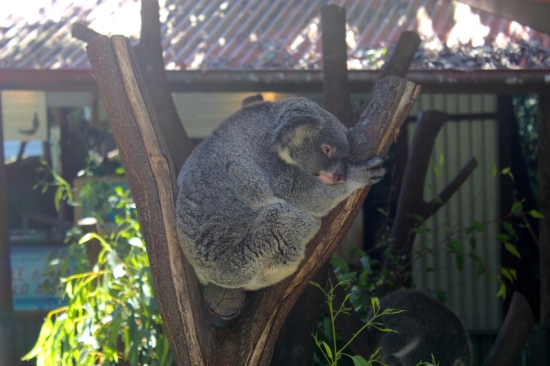 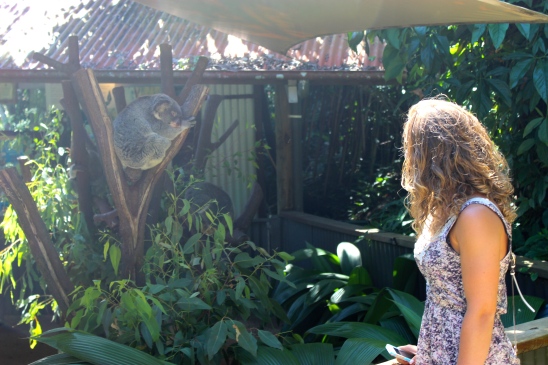 The little cuddles I held was a baby koala named Rocko, weighing about 3kg. He was so soft and cuddly! The big boy that the man is holding was 9 kg! Three times the size of my little Rocko! 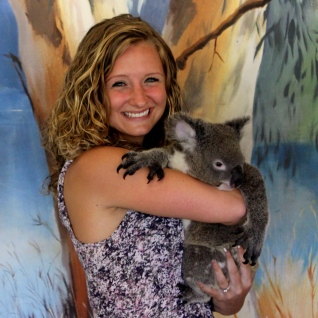 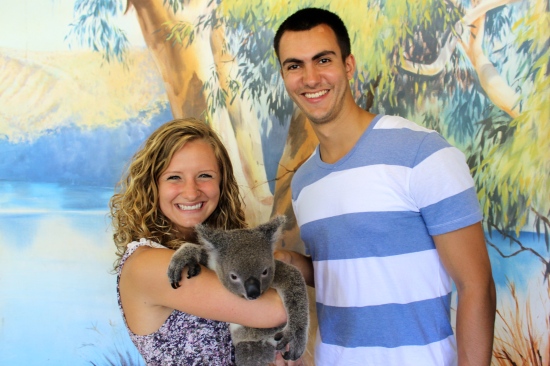 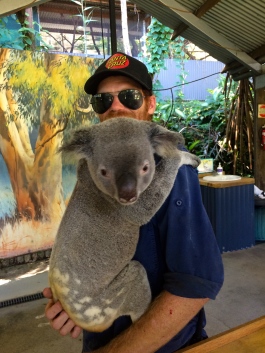 We also saw crocs, wombats, wallabies, snakes, and kangaroos- look closely in the picture with the kangaroos and you’ll see a little joey in his pouch. 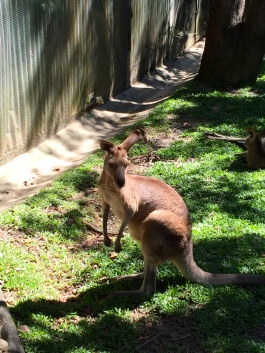 This trip pretty much wraps up our Australia travel adventures as of now. We’re currently planning a New Zealand road trip when my sister comes to visit, but it will be nice staying put for the next few weeks until then! Thanks for following along with our travels!!

Underwater camera bloopers… it’s not as easy as it looks!

Selfie of the year: 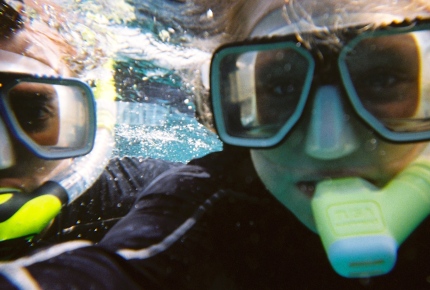